How Does Google Advertising Generate Revenue?

At this point, we essentially use Google products roughly every single day. The search engine alone processes over 40,000 queries every second on average, and that’s just how many people turn to Google to answer their most pressing questions. Add to these numbers the number of Gmail, Google Play, Maps, YouTube, the Android operating system, or other types of Google products, and the conclusion is this: Google is everywhere and it’s our primary source for everything digital.

But let us ask you this: have you ever paid for any of these services? Sure, if your inbox is full and you can’t afford to delete any emails, you might have to spend some money on extra storage space. And, you probably paid for some apps downloaded from the play store.  But, we can assume you’ve never been asked for anything whenever you’ve typed a keyword in the search bar.

Because of that, a lot of people start wondering exactly how Google makes money, because, as we all know, the company is doing pretty well financially. Well, the answer is simple: Google earns money from advertising.

The premier way Google makes its money is through advertising. Every company in the world pays for ads to appear in Google products. The Google Advertising universe comprises of three big components, specifically Google Ads,  AdSense, and AdMob.

Google Ads – the tool where you can create ads, establish budgets, and determine what you’ll be showing on the search results page.

AdSense – publishes display ads on other websites affiliated with Google.

AdMob – publishes ads on mobile apps affiliated with Google, such as the Play Store.

Most of Google’s revenue actually comes from Google Ads, the tool through which you can promote your website directly on the search engine result page. Advertisers will create ads for their business and bid on relevant search terms. Whenever users look for those keywords, the result page will show the ads as a suggested result (though they will be clearly marked as “ad” for transparency).

For instance, let’s say that you own a clothing company online, and you want to increase your revenue. If you want to do that with Google advertisements, then you’ll most likely end up creating a promo for Google Ads. You’ll design the ad, create a good copy that will encourage people to click on your link and bid on some valuable keywords. Some keywords can include “online clothing shopping”, or even go into more specifics if you’re trying to boost a particular product like “leather jacket for women.”

When a user will type in a keyword you’ve selected, your ad will show in the search query.

Ok, how is Google revenue generated, we hear you cry?

Well, you’ll bid a certain amount for the keyword to win a spot on the results page. The amount you bid depends on how popular the keyword is, meaning how many other clothing companies will use the same ones to target people.

But that’s only telling Google the cost per click –  the amount you’re willing to pay for each click. Don’t worry, you’ll only be charged the moment a user actually clicks on the ad, and not every time it shows up in a SERP or the display network if we are talking about display advertising. So, if you bid a certain amount, the ad gets shown to 1000 users, but nobody clicks it, then you’ve just reached 1000 people without spending a dime (and without any new website visitors, unfortunately.)

But Does It Explain the Billions in Revenue?

It absolutely does. Let’s break it down:

So, it’s clear that you only have to pay whenever someone clicks on your ad, but how much can that be? Unfortunately, there’s no straightforward answer to that. Some of the keywords you choose can be a lot more expensive to bid on than others because they’re also the go-to for a lot of other advertisers. If the keyword is considered competitive, then you can expect a higher cost per click. Consequently, as your costs increase, so do Google’s advertising revenues.

The lowest amount you can spend can be $1 per click, but that’s only if the keyword itself isn’t that highly sought after. However, it’s not always the best strategy to shoot for the lowest cost, as these keywords can also be completely ineffective in some cases.

You should choose keywords based on the probability of people searching for them, and not based on how much you can pay for them. It’s why a good strategy here is to bid on highly specific keywords that include your geographic location as well as short descriptions of your product and services.

For instance, the “online clothes” keyword is obviously a popular choice for many advertisers, ergo it has a high cost per click. But add the “for women in Sydney” tag in it, and you can lower your cost per click significantly, and reach the people more likely to be interested in what you’re selling.

If you’ve ever purchased a tablet or mobile phone with an Android operating system, you’ve probably already noticed that most of its default features are Google products. From the moment you open the device for the first time, you’ll see numerous apps like Chrome, Gmail, Drive, Google Music, and others already installed. But what really can increase the company’s revenue is the app called Google Play Store, where android uses can look for different apps they need and install them on their devices.

Through the Play Store, all these Android devices are essentially places where Google can show its ads and increase their revenue. Let’s say that you download Candy Crush on your phone, which is a lot more fun to play if you’re also connected to the internet. Have you ever noticed how many ads you are shown just by playing the game? Someone paid for those ads to appear in Candy Crush or other such apps, which is money directly into Google’s pocket.

What Google Gives Back

It’s no secret that Google makes a lot of money out of ads. It’s estimated that in 2018 they made roughly 116.3 billion US dollars just from advertisers paying for AdWords, AdSense or AdMob services, but the numbers aren’t that incredible if we consider why so many people spend money on Google Advertising.

They do it because it works. Most businesses get a 200% return on the money they spend on Google ads, and 90% of internet users get to see Google display advertising. So yes, Google makes a lot of money from its advertising services, but this is money well earned when you consider the quality of the services the company can offer business owners and marketers.

Google’s not the only one who can make money out of its advertising services – so can you, as do a lot of other business owners who greatly profit from Google Ads. With these tools, you can effectively target the users with an intent to buy and direct them to your products and services, where they can make a purchase directly from you. After all, it’s not for nothing that Google earned its place at the top of digital marketing tools.

Even if they don’t click on the ad, don’t just assume they won’t have any effect. These ads can do a lot regarding brand recognition, as users can see your link or the name of your business in multiple Google products they access. Even if they don’t visit your website directly from the ad, they can still recognize your name if they see it later on, and then check out what you’re offering.

If they click on the ad but leave without converting, you can use the data collected to target them with insightful messages.

But to benefit from all these great opportunities Google Advertising offers, you need to have a good strategy in place, one that clearly defines your goals. If you need some help in that department, we can help! Contact Australian Internet Advertising now for the best Google Advertising solutions that can grow your business! 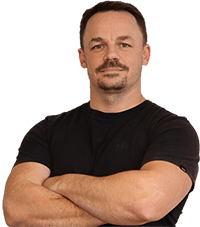